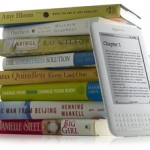 We were intrigued over the weekend when CNN published a detailed analysis on why Amazon.com should just give away the Kindle. The electronic book market is growing fast and getting more crowded, which has fueled some speculation that Amazon may decide to drop the price of the device, which now retails for $139, to $0.

We wondered whether that actually could occur, so we turned to Seattle venture capitalist Scott Jacobson who previously worked on the Kindle team at Amazon. Jacobson, a partner at Madrona Venture Group in Seattle, said he doesn’t have any direct knowledge of Amazon.com’s plan. But even so, he said that he “wouldn’t be at all surprised to see them offer free Kindles to some segment of customers.”

Here’s why Jacobson thinks Amazon may pull an Oprah and give free Kindles to some of its customers.

So, that begs the question: How would Amazon.com actually give away the Kindle, and which customers would get the perk.

As noted above, Jacobson thinks that Amazon Prime customers would be key targets. He also thinks that a free Kindle could be an added perk to any customer who committed to a subscription program, kind of like the book-of-the-month club.

“If Amazon can lock-in content margin, they can give away the hardware, similar to
how mobile carriers lock-in bandwidth margin in exchange for free/subsidized phones,” notes Jacobson.

And even if the free Kindles don’t happen this year, Jacobson said he believes the price will continue to fall.

“I’ll (bet) we see a $99 Kindle this year whether Amazon does a giveaway program or not,” he says.

John Cook is co-founder of GeekWire, a technology news site based in Seattle.