Recently, I bought a new Android phone. It didn’t come with everything I wanted, so I turned to my default shopping resource, Amazon.com. I did a search, set the options to only show “Prime Eligible” shipping, found the accessory I wanted …

And stopped dead. Instead, after reading several buyer reviews, I purchased from a seller that charged shipping and had a total higher price. Why? The seller explicitly stated it had “Genuine HTC Products,” a distinction you’d think unnecessary because the Amazon product title had “OEM HTC” in it and stated the product was “by HTC.”

But, having been burned thrice, I knew better.

Overall, I love Amazon, almost in a stalker obsessive “I-wonder-if-they-sell-THAT-too-now” way. Amazon speaks to my mission-orientation in shopping, my distaste for distracted and ill-informed store clerks and my dislike of crowds (yes, tall people don’t like crowds either – we can see over everyone to realize just how large they are).

I signed up for Amazon Prime in March 2006, shortly after it launched. I have several items on Subscribe & Save. I own an earlier-Generation Kindle.

But I’ve become wary about shopping for accessories or replacement parts on Amazon. Because in these situations, Amazon cannot be trusted. Or, more to the point: I can’t trust I’ll receive what I actually ordered.

Take replacement toner I ordered for my then-still-in-warranty Canon multi-function printer, a cartridge sold and fulfilled by Amazon, identified as “Canon 104 Black Toner Cartridge, by Canon” and the description of which specifically states (even now), “For best in quality use Genuine Canon Toner.”

What arrived was in generic packaging, no manufacturer listed, with a non-Canon part number and a statement that the product was “compatible” with Canon and, in very tiny print, “All brands and trademarks are the properties of their respective holders and referred are referred to for descriptive purposes only.”

You read that correctly correctly. 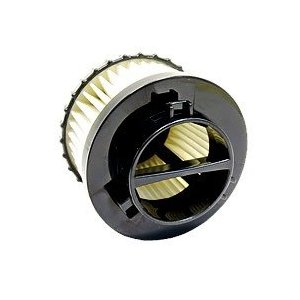 To add insult to minor injury, I was charged the price of the Dirt Devil brand filters, even though the aftermarket brand – which also had its own Amazon product page – cost less.

I know. Based on the smell, you can almost taste what’s next.

The box that arrived was plain, unmarked. There was no standard Lenovo warranty flier. When I installed the battery and thought I should check the Power Manager readings, I was warned, “The battery installed in this computer is not a genuine Lenovo battery and may not meet Lenovo’s safety and quality standards.” 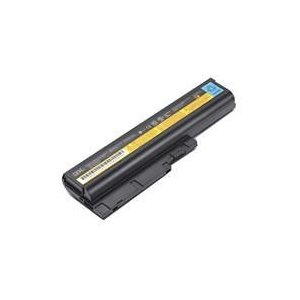 Two hours later, based on more research involving a mismatched part number, odd battery shell and strange battery info (something most buyers may not bother with since, after all, the battery fit the laptop and said “Lenovo”), I concluded that the battery I received had either been refurbished or had new rechargeable cells packed in a genuine Lenovo case.

To add insult to possibly major injury, the seller feedback I posted indicating the seller had not shipped what was described was removed, twice, with the seller claiming it was a “product review” and not feedback in an apparent transparent attempt to game the feedback score. Amazon, at least, apologized for the removal.

The good news in all instances – and not coincidentally Amazon’s ultimate defense – is that Amazon was willing to take everything back and pay return shipping. The not-Canon toner cartridge went back (repurchased at Costco), the Lenovo battery went back (ordered later from NewEgg.com) and the faux Dirt Devil filters, which I kept, led to an accepted offer of a $10 promotional credit to cover the price difference.

Was I satisfied? Yes. Was I happy?

To answer the latter, scan customer reviews on Amazon for many OEM replacement parts or accessories. Then gauge the frustration. I’m not alone.

While honest mistakes are inevitable and Amazon seems to quickly correct problems once contacted, there’s a sense it’s a good business to be an Amazon-fulfilled seller claiming to offer competitively priced OEM accessories. Until something else arrives. Perhaps a small subset of those sellers hope the customer doesn’t think it’s worth the hassle to return, or it’s so well disguised (as in the case of my laptop battery) that it goes undetected. (Amazon did forward my battery concerns to its investigations team which deals with “possible violations of our seller policies.”)

Even if a substitute works, all is not necessarily fluffy happy bunnies. Warranties can be voided if non-OEM replacements are used. And, call me old-fashioned, but I want to get what I paid for, not lip-synch instead of live.

Though I was made whole in dollars and Amazon itself has been responsive and helpful, these experiences cost me in time that it took to realize what I received wasn’t what I ordered, to deal with many email exchanges, and to buy elsewhere.

And these experiences cost Amazon, too – in eroding a fanboy customer’s once rock-solid trust.