Canonical, the company behind the Ubuntu version of Linux, is making a new push for a larger slice of the PC market with a series of changes in the next version of the operating system, scheduled for release next week. The upgrade, Ubuntu 11.04, comes with a new interface that takes its cues from the worlds of smartphones and web search.

The company plans seize the opportunity to promote Ubuntu 11.04 as a viable alternative for existing Windows PC users. PCWorld calls it “perhaps the most widely anticipated Linux release ever.”

Features of the free, open-source OS include an app “launcher” on the left side of the window reminiscent of the Mac OS X dock or Windows 7 taskbar. (Note to longtime Linux geeks: the new Ubuntu makes the Unity interface default but still works with GNOME applications.) It includes a “dash” that serves as a central place for finding applications and files, using keyword searches. It also comes with an upgraded Software Center for downloading and updating apps.

GeekWire spoke this week with Jane Silber, the CEO of Canonical, about the effort to bring Ubuntu to more mainstream PC users. Continue reading for excerpts from her comments.

Status of the company’s deals with major PC makers: We work with a number of OEMs in terms of pre-installing Ubuntu, making it available to a wider range of users who frankly aren’t going to download an operating system and try it themselves. That continues to go well. We see a lot of progress there and ship millions of units with Ubuntu pre-installed.

Plans for a new type of user trial: One of the ones that will be rolled out shortly after release is the ability for users to try Ubuntu in the cloud. We’ll actually run Ubuntu desktop images in the cloud, backed in this case by Amazon, and users rather than having to download Ubuntu to try it, they can just sign up for a time-limited instance. They can log into a session through their browser, and actually see a real Ubuntu running and explore it that way.

The prospect of competition from Google Chrome OS: We have yet to see how Chrome operating system will play out. I make an explicit distinction there between Chrome the operating system and Chrome the browser. They seem to be aiming primarily at an enterprise market. I’m reading tea leaves. I think they will be positioning it not so much as a consumer end option, but as an enterprise option. I think there’s a long road to play out there. They’re a formidable competitor. You can’t write off somebody like Google, but I think there’s a long road there.

Her pitch to people to make the Ubuntu switch: It’s a really compelling experience that does what you need it to do and lets you get on with what you’re trying to do with your PC. It’s a beautiful, fast environment full of rich applications that just work. I think people are stunned by the breadth and depth of capability, and I think the new experience around Unity and 11.04 takes that to a new level.

Ubuntu 11.04, developed under the name “Natty Narwal,” is due out April 28, available for download from Ubuntu.com. A beta version is also available in the meantime. 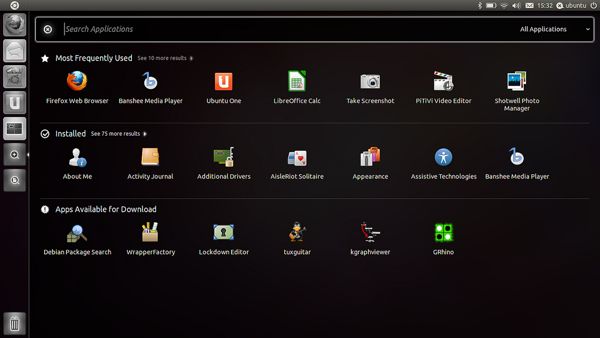