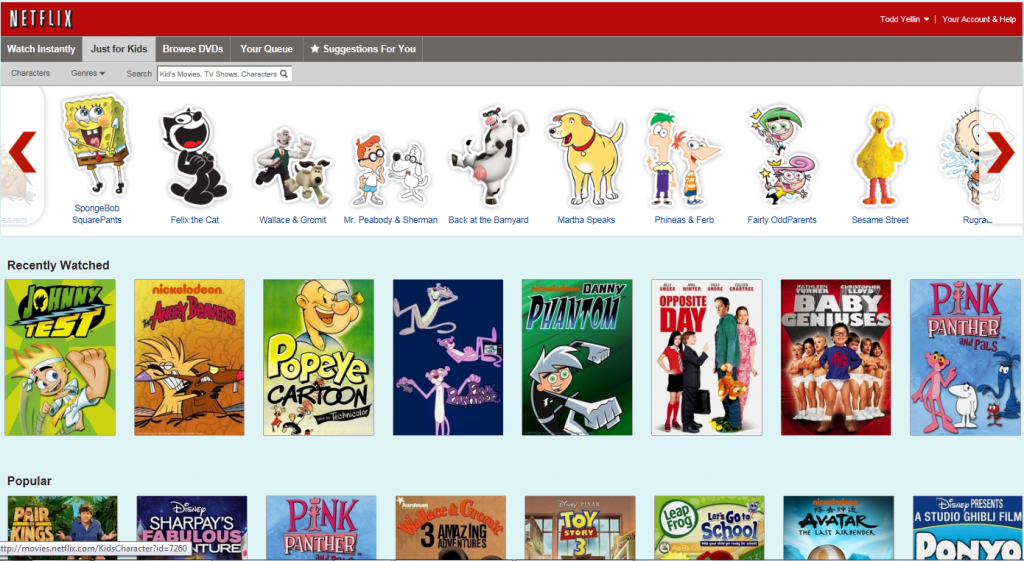 Netflix rolled out a new section of its website called “Just for Kids” today, offering a simplified menu of streaming movies and TV shows for children 12 and under. The company says it worked with non-profit Common Sense Media on the project. It’s available initially on Mac and PC, coming later for the iPad, Wii and other devices. More in this Netflix blog post.

Microsoft Bing is adding Hulu Plus subscriptions to the prizes available through Bing Rewards, a program that awards points for searching and exploring Bing’s features.

Google Catalogs: The search company today launched an interactive iPad app for browsing digital versions of catalogs from retailers such as Crate and Barrel, L.L. Bean and Williams-Sonoma, among others. Download it here. A version for Android tablets is in the works, according to the company.

Lion on USB: If you’re a Mac OS X user and weren’t able to download the $30 Lion update from the Mac App Store, it’s now available on a USB stick from Apple for $69.

LinkedIn debuted a major revamp of its iPhone and Android apps today, reorganizing the user interface around four areas: Updates, Inbox, You, and Groups & More. The company also released a new mobile website, touch.linkedin.com. VentureBeat has more details on the technology.