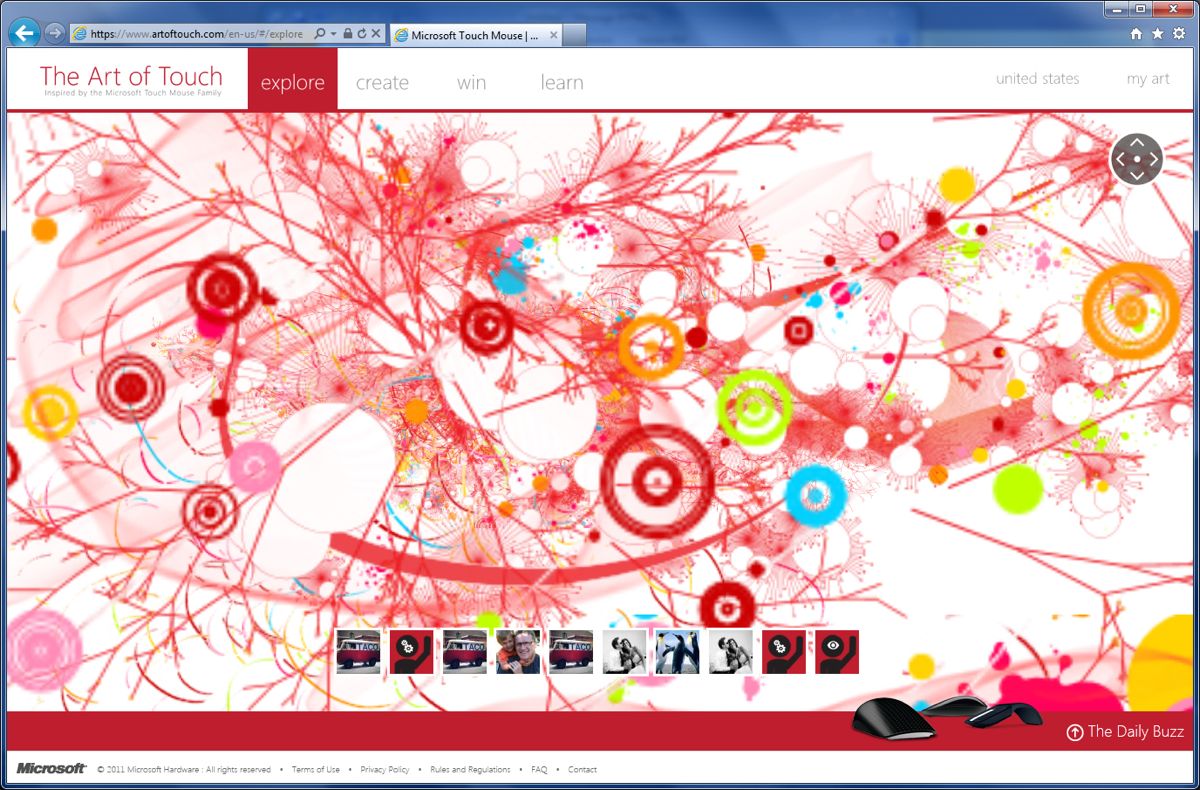 Microsoft Hardware, the group that makes mice and keyboards, this morning launched what it’s calling a social experiment — an HTML5 application for creating digital art in a web browser, a viewing application for browsing through all the art everyone makes, and a contest that calls on users to leverage their social networks for votes to win prizes. 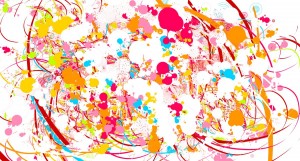 It “might be one of the biggest pieces of digital art ever,” said Ben Reed, a senior manager in Microsoft’s hardware group.

Called “The Art of Touch,” it’s a marketing campaign for the company’s line of mice, although users don’t need Microsoft mice to create the art. Microsoft is collaborating on the project with artists Marius Watz, Erik Natzke and Dr. Woohoo!, and working with Seattle-based interactive digital agency ZAAZ on the technology.

Watz will be appearing tonight at the Microsoft Store at Seattle’s University Village to kick off the project.

One down side for aspiring digital artists: The web app’s color palette is constrained to create more visual consistency in the mashup, which is why you’ll see a lot of red, orange, green and blue hues if you scroll through the projects.

Behind the scenes of the app, there’s a lot going on. Microsoft calls the artwork a “collaboration between human and computer.” The app senses the velocity, acceleration and rotation of the brush strokes and enhances the lines with extra effects based on those factors — basically using the algorithm’s interpretation of the artist’s style.

Here are excerpts from Microsoft’s technical notes, explaining how the app works.

As a person draws, thousands of raw data commands per second are generated to represent the artwork. The computer generates a representation of the design in raw metadata that includes instructions for how the effect is animated and where it will land on the digital canvas. The canvas feature of HTML5 is combined with JavaScript drawing libraries to render the strokes and computer-generated animations of the effects in real time to a Web browser. …

Every 1 MB of raw data generated during the drawing process is streamed to the Art of Touch servers in the background and aggregated into a single raw representation of the art piece. A custom server component was built using Windows Presentation Foundation to store and read this aggregated data. This component allows artists to recreate original 1,280-pixel-by-690-pixel artwork from scratch, stroke by stroke, and render it out to alternate resolutions. That’s how the artwork seen on screen can become a 2-foot-by-3-foot work of art displayed on a wall — or a postcard, computer desktop or phone cover, without any pixilation. …

The artwork is inspired by visualizations that were previously available only through professional drawing tools. These visualizations were then animated for the Web with a custom 2-D JavaScript library and optimized for the HTML5 canvas.

The person whose art gets the most votes by Dec. 31 will be named a featured artist on the site and win a package of prizes including a notebook computer and a touch mouse.