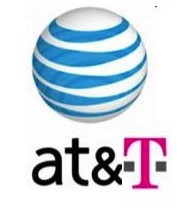 [Updated with text of letter below.] Microsoft and Facebook are among eight technology companies that filed a letter tonight in support of AT&T’s proposed $39 billion acquisition of T-Mobile USA, as first reported by the New York Times tonight.

The gist of their argument: The deal is the best way to expand AT&T’s network capacity to better serve a larger portion of Americans with high-speed wireless access.

“The FCC must seriously weigh the benefits of this merger and approve it,” the companies write. “Such action will help to meet the near term wireless broadband needs of consumers and ensure that we are globally competitive as the world increasingly embraces wireless broadband connectivity.”

AT&T and T-Mobile are both key partners for Microsoft in the U.S., having been the first two wireless carriers to offer the company’s Windows Phone 7. Sprint and Verizon have since joined them.

Others supporting the deal include Yahoo, Oracle, Research in Motion and VC firms Kleiner Perkins Caufield & Byers and Sequoia Partners. Opponents include Sprint and consumer advocates.

WT 11-65: In the Matter of applications of AT&T Inc. and Deutsche Telekom AG for consent to assign or Transfer Control of licenses and Authorizations

Today, consumers are increasingly using smart phones, tablets, laptops and other mobile devices to wirelessly connect to the Internet and to each other. We expect access to our content, information and services wherever we are. As a result, consumer demand for wireless broadband is dramatically increasing and our wireless networks are struggling to keep pace with the demand. Given the network capacity challenges, policymakers must give meaningful consideration to AT&T’s acquisition of T-Mobile as a means of addressing their near term wireless broadband capacity needs.

Despite the network challenges presented by the surging consumer demand, the United States must continue to lead in wireless broadband technologies. U.S. companies are at the forefront of driving innovations in devices, applications and services and an ever evolving wireless network is essential to realizing new and innovative offerings. An increasingly robust and efficient wireless network is part of a virtuous innovation cycle and a healthy wireless ecosystem is an important part of our global competitiveness.

AT&T’s acquisition of T-Mobile represents a near term means of addressing the rising consumer demand. For example, the merged company will be able to leverage a larger network of cell sites allowing greater reuse of spectrum and increasing the wireless broadband capacity of the network. Furthermore, AT&T has indicated that it will migrate the T-Mobile network to LTE technology and offer LTE-based wireless broadband to 97.3 percent of the U.S. population. AT&T has stated that its LTE deployment will bring significant benefits to residents of rural areas and smaller communities, where the benefits of real-time video and similar capabilities are most urgently needed to fill gaps in physical infrastructure for healthcare, education, and other social needs.

The challenge of keeping pace with consumer demand and continuing to lead globally in wireless broadband services and products requires that we tackle the issue on multiple fronts. Many policy related efforts will not be able to quickly address near term capacity needs. The FCC must seriously weigh the benefits of this merger and approve it. Such action will help to meet the near term wireless broadband needs of consumers and ensure that we are globally competitive as the world increasingly embraces wireless broadband connectivity.