When I first wrote about the Seattle digital bible startup ooBible three months ago, I stumbled a bit on the name. After all, it’s not too common to see a company name start with two vowels. (The double Os were intended to represent the infinity symbol).

Now, ooBible creator Colin Wong is solving that branding issue with the purchase of eBible.com.

“eBible.com is a great brand and has served its community well for the past 6 years since inception,” said Wong, the former Google engineer who serves as CEO of parent company Osprit. “What ooBible.com brings to the table, is an infusion of new technology, innovation, skills and capital to help eBible.com realize its vision of becoming the best online Bible in the world.” 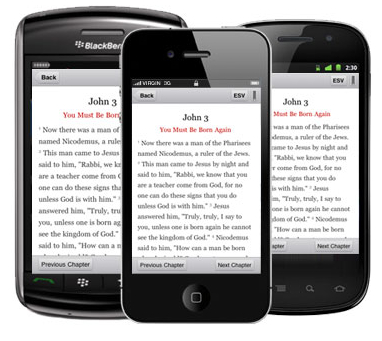 Wong hinted at the purchase when we chatted earlier this month following the injection of capital from Seattle angel investor John Cunningham. The company has raised about $600,000 to date from prominent angels such as BuddyTV CEO Andy Liu, ClassifiedAds.com CEO Edward Yim and Avidian Technologies CEO James Wong.

In addition to the new name, Wong says that they are currently working on new features for a full-fledged launch this fall. An iPhone, iPad and Android app also is in the works, and the team just unveiled a WordPress plug-in called VerseLink that bloggers can use to convert any scripture reference — say  ‘John 3:16’ — into a link.

The new eBible, described as a bible for the Facebook generation, allows users to highlight, underline, write notes and share comments from more than 40 bible translations.