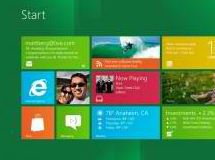 A line about Microsoft’s upcoming Windows 8 from an IDC report is getting lots of attention this week for predicting that the upcoming operating system will be “largely irrelevant” to users of traditional PCs.

There’s always a risk with these things that the full context of the quote can get lost in translation, so we went to the source, IDC analyst Al Gillen, for a copy of the original report.

Here’s the relevant excerpt below, which is more nuanced but still obviously not a good thing for Microsoft if it turns out to be true.

Microsoft has received considerable criticism — much of it deserved — for its failure to engage with the media tablet or general-purpose tablet space as that market was taking off. The company’s answer is a solution called Windows 8, which attempts to offer the best of both worlds on the client market. Windows 8 will be largely irrelevant to the users of traditional PCs, and we expect effectively no upgrade activity from Windows 7 to Windows 8 in that form factor. However, there will be intense scrutiny on Microsoft’s ability to deliver a successful tablet experience aboard both x86-based tablets and on devices running ARM processors. This is a tall order for Microsoft, and while the x86 tablet strategy makes sense as a transitional solution for today’s PC users, it will be the ARM-based devices that need to shine and clear a high bar already set by Apple.

The key to Microsoft’s success is how the developer community responds to the all points bulletin that Microsoft issued at its BUILD Conference earlier this year. If Microsoft can motivate developers to reengineer existing applications to render well in Windows 8’s Metro UI and bring net-new mobile applications to Windows-based devices, then Microsoft has a chance to remain relevant in this important market segment. However, if it is unable to marshal the developer community to invest the way needed — and over the past several waves of Windows releases the company has not succeeded at this task — the future is bleak. IDC believes that Microsoft’s success with Windows 8 on tablets will be disappointing during 2012, and if it does not change some of its philosophy in how it is approaching the mobile market, it will not be successful longer term. Expect to see Windows 8 products emerge no later than August 2012, although if the company is successful in moving more quickly than it has in the past, we could see the product during CY 2Q12.

We’ve asked Microsoft if it wants to comment on the prediction.

Mary Jo Foley of ZDNet, who originally broke the news, has more on the report, including IDC’s upbeat comments on Windows Server 8.