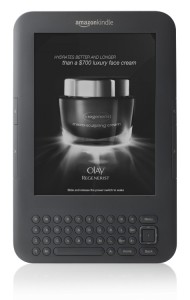 Amazon.com’s Kindle just got cheaper for anyone willing to put up with some ads, or wanting to score some special deals.

The Seattle company this afternoon announced a new, $114 version of its Kindle e-reader that includes “special offers and sponsored screensavers,” a.k.a., advertisements. That’s $25 less than the existing wifi-enabled Kindle.

The continued price drop isn’t a surprise. It’s in the company’s interest to get the Kindle in the hands of as many consumers as possible, to sell more e-books and further lock up the market. Some in the industry even speculate that the device could be offered for free in the future.

Initial sponsors of the new Kindle screensavers are Buick, Olay, Visa and Chase. And the special offers actually aren’t too shabby, such as $10 for a $20 Amazon.com gift card, $1 for an album in the Amazon.com MP3 store, and half off a Roku Streaming Player.

The move expands the company’s footprint in digital advertsing, while creating an even larger gap in price between the dedicated e-reader and multifunction devices such as Apple’s iPad.

Other than the ads, the device is the same as the existing Kindle, according to the company. CEO Jeff Bezos says in the news release that the idea is to “make sure that anyone who wants a Kindle can afford one.”

The new Kindle is available for pre-order today from Amazon, scheduled to ship May 3.

In conjunction with the ad-supported Kindle, the company is also launching a new app and site called “AdMash” where users will be able to vote on which screensaver images they prefer in specific ads. The device will also let people set preferences for their devices for different categories of screensavers.

Here’s a gallery of images showing the screensavers and other elements of the new device. 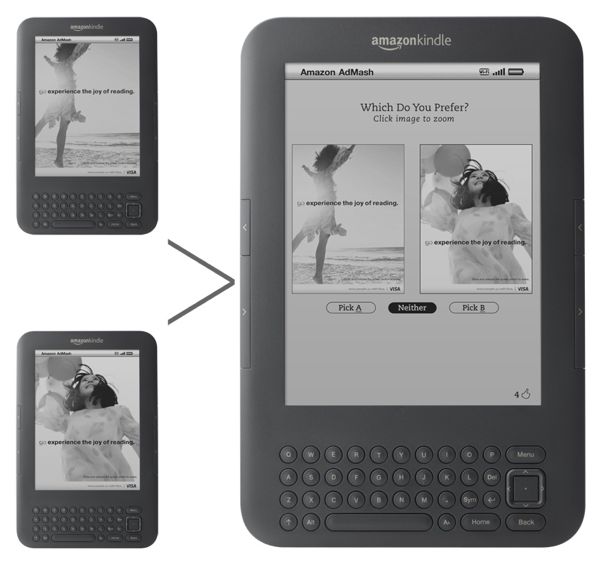 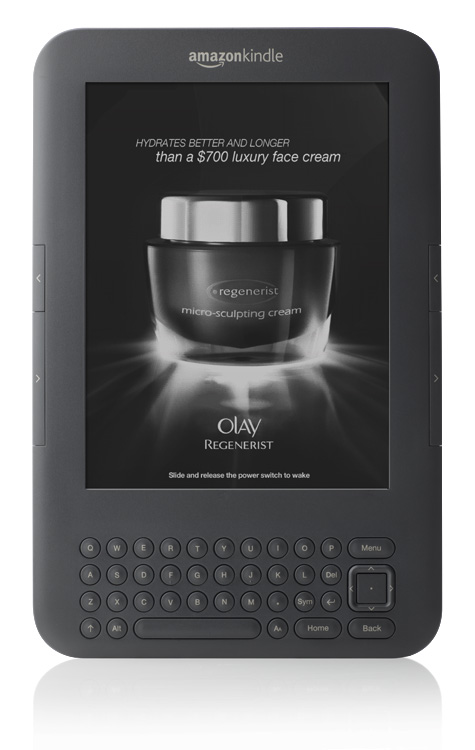 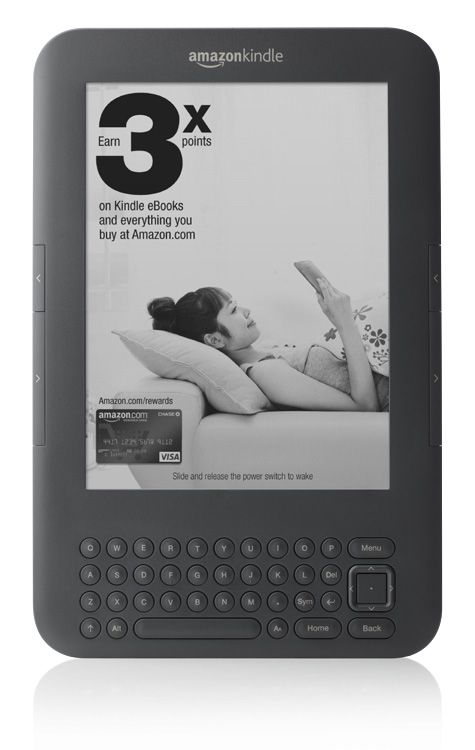 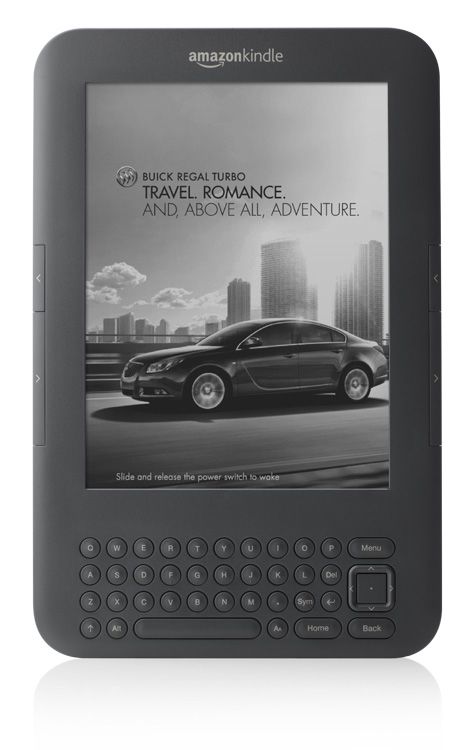 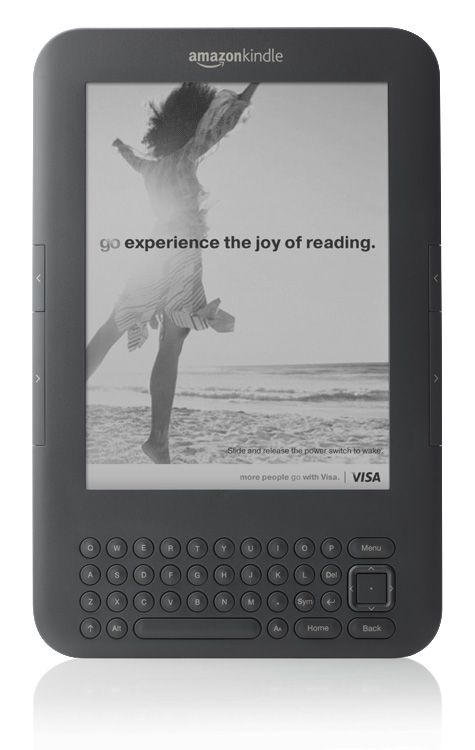 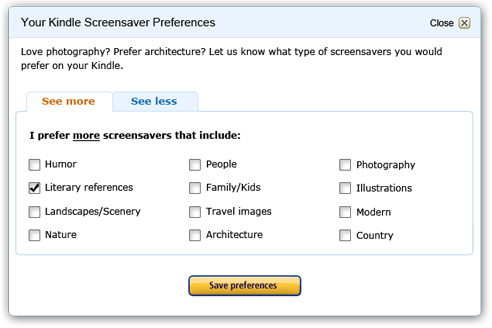 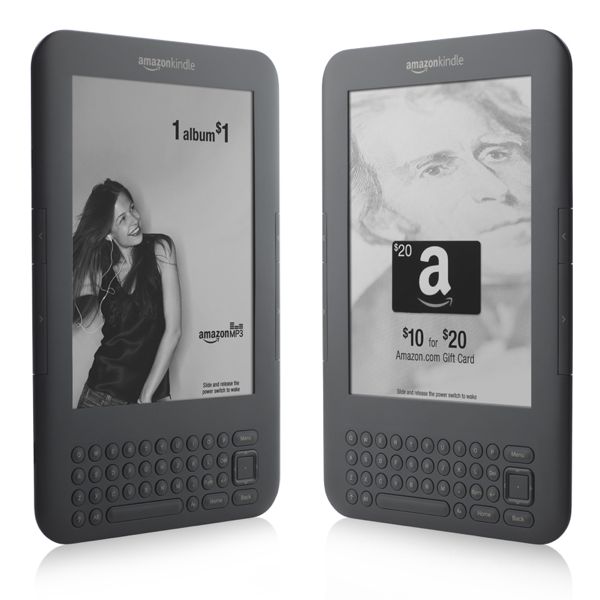