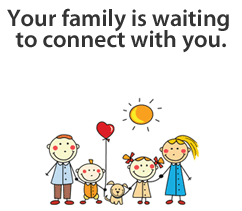 Intelius is best known for its background checks on family members, friends or employees. But now the Bellevue company is expanding in a new direction: Helping busy families connect and communicate.

Intelius quietly purchased popular Facebook app Family Builder on June 15th, rebranding the service as Live Family. The company has kept the acquisition pretty close to the vest up until now, with Intelius senior vice president Ed Petersen admitting that the new property is very much a work in progress.

“We did not buy Buckingham Palace,” said Petersen, who is now leading a team at Intelius who oversees the new unit. “What we bought was a great piece of property with a house that needed some work, in a really nice neighborhood.”

The property does have a decent number of tenants. When Intelius bought Family Builder in June, it boasted about 30 million registered users. That number has climbed to just over 41 million in the past four months, and Petersen sees big things ahead.

The idea, as explained by Petersen, is to create a place where brothers, sisters, cousins, moms, dads, aunts, uncles and grandparents can securely share photos, news, family tree information and more. 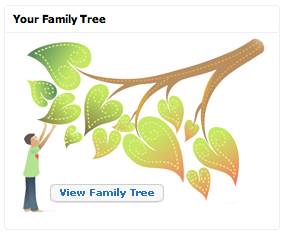 Petersen noted that Facebook has created a “social graph,” and LinkedIn has built an impressive “professional graph.” In his view, there’s a significant opportunity to create what he dubs a “family graph.”

Live Family is Intelius’ bet on that concept. While it started as a genealogy site, Petersen has much bigger plans in store.

“There’s a great blend there between going from the genealogy side and going into the living component, because as I joke there’s not a lot that changes on the genealogy component once you’ve started it. Once you are underground, you are sort of underground,” he said. “The great thing about the relationships that are defined within Facebook now is that they are continually changing…. The ability to help people manage that from a consumer side is something that we are having pretty good success with.”

At this point, Live Family is built on the back of Facebook. But the company is in the process of rolling out mobile applications for both Android and iPhone.

For the most part, Petersen said that people are using the app to share photos, get birthday notifications and organize schedules. In that regard, the app is similar to the family organizer built by Seattle’s Cozi.

Of course, Facebook already allows people to set up specific groups around interests, including families. But Petersen said that many kids don’t want to be “friends” with their parents, creating a potential bottleneck.

Furthermore, he said that Live Family is not a “grouping engine” or a “filtering engine” sitting on top of Facebook. “It is more about how do you solve the communication issue in the new modern family?”

Live Family plans to make money through in-app advertising, with Petersen saying the big focus right now is building out the product.

Over time, Petersen said they could incorporate daily deals for families from specific advertisers or experiment with virtual goods such as digital greeting cards. There’s also an ad-free based component of Live Family, but Petersen said that makes up a very small portion of revenue.

“Our belief is that if we are really able to get an engaged user community around a family-oriented theme, that we will be able to become a leader in the family graph space,” said Petersen. “And the primary focus there is really dealing with the living component of the family, what’s changing on a daily basis.”

Family Builder was based in New York, and Intelius has maintained the company’s offices there. Nine employees work in the office, and Intelius now has 15 people working on the Live Family product.

“It is a startup right now, within a startup,” said Petersen, who declined to offer terms of the acquisition.

He added that the Live Family product ties in nicely with Intelius, which he said is very good at understanding “people-centric information.”

Previously on GeekWire: “Intelius CEO Naveen Jain: IPO could be in the cards in 2012”