A few weeks ago, we brought you the story of Bill Sleeper, the 96-year-old technology enthusiast. Here’s further proof that geeks come in all ages.

Our latest Geek of the Week, Robert Clarke of OmniTechNews, is one of the smartest and hardest-working technology reporters around — going to tech events, analyzing the latest gadgets and doing his best to land interviews. He just happens to be 14 years old.

A student at Redmond Junior High, he moved to the United States five years ago from the small English town of Berkhamsted after his dad got a job here. He and his friends started OmniTechNews three years ago — in their school library — and we first bumped into them at Gnomedex 2010, where their on-stage presentation was a big hit with the crowd.

Continue reading for Robert’s answers to our questionnaire. 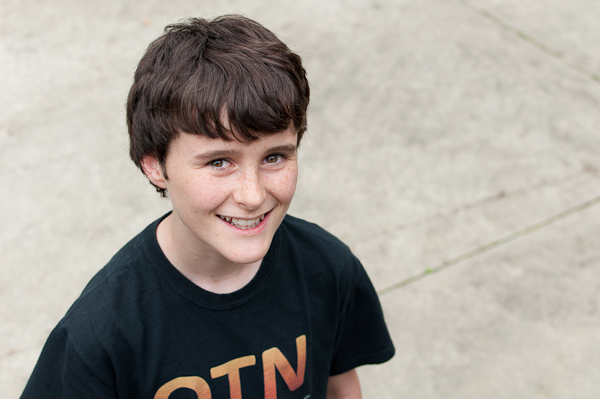 Job, hobby and/or other geeky pursuit: I love to play Xbox (naturally), but I also enjoy tennis, basketball and swimming. I also count blogging and tweeting as sports. :)

Coolest thing about what you do: I really like going to meet all these cool techy people, and sometimes even being recognized, even though that’s not often.

How did you become a technology journalist, and what do you love about it? I became a tech journalist because I wanted to give my impression on new tech stuff that was coming out, and journalism was the best way to do that. My friends and I created my tech blog “OmniTechNews” back in 2008, in our elementary school library.

What do you want to do after you graduate from high school and college? I’ll probably continue tech journalism, but I haven’t fully decided yet. A good way to put it would be “I want to be happy and active in my profession.”

Which technology products and services do you use in your daily life, and how do you use them? I use my MacBook Air at school in pretty much every class. It makes it much easier to write notes and stuff. I use some cool productivity apps from the OSX app store to accomplish tasks at school, and MarsEdit to write blog posts in my free time. At home, I have this 20-pound beast of a computer, which I custom built in 2010. I game quite a lot on it, but I also use it to edit the videos that I do for OmniTechNews with Premiere Pro CS5. I also have an iPhone 4S which I use for everything else on the go. 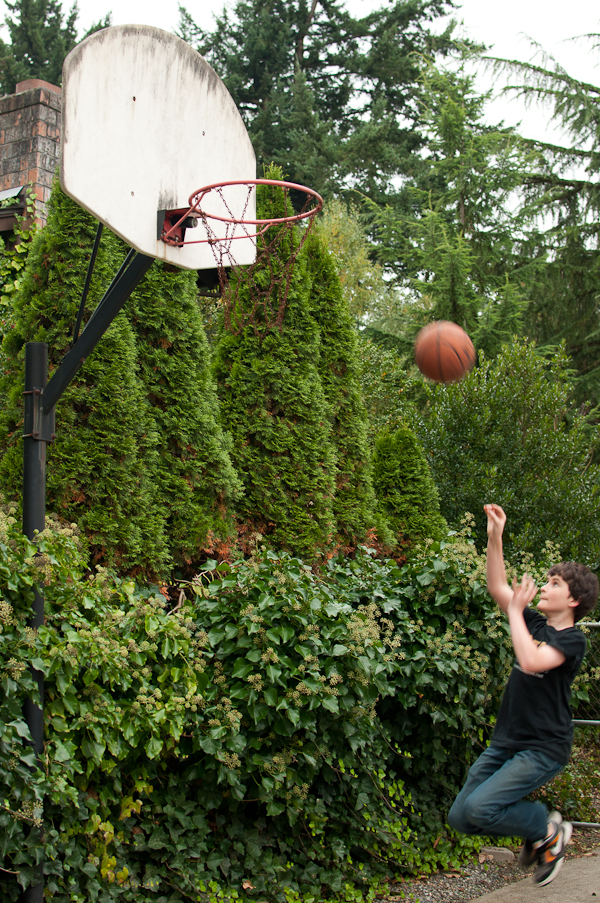 Your favorite OmniTechNews interview ever? My favorite interview I ever experienced was with the creator of Minecraft: Notch. I’m quite addicted to playing a PC game called Minecraft, so meeting and interviewing the guy that made it was awesome. It was at the Seattle gaming convention: PAX.

[Editor’s Note: Watch a video of the interview below.]

What does it mean to you to be a geek? I love technology, and use it every day in my life, and being a geek is just that. I didn’t even know I was a geek until I saw the definition on a t-shirt I got. Geeks are born geeks, and that’s a fact. It’s like a disease, but not bad …

What should adults understand about how kids use technology? Technology is the one area which has evolved quite a bit since adults were kids, so I think it’s fair to say that kids can use technology as good, if not better than adults can. That being said, a lot of “kids” use technology simply for sharing photos and Facebook.

Geekiest thing(s) you’ve ever done, built, or worn: The geekiest thing I’ve ever done was to wait up until 2am just to get an iPhone. I think this is something only a hardcore geek would do.

Your best tip or trick for managing everyday work and life: In my case, Twitter keeps me sane; it’s nice relating to someone who’s having the same problem. That’s one of the reasons I love Twitter, and use it every day. I also recommend keeping lists of things you need to do, so work doesn’t overload.

Mac, Windows or Linux? I own a MacBook Air, and custom-built Windows PC, so I would have to say Mac and Windows, definitely not Linux **shiver**

[Update, May 2013: Robert offers an amendment to his statement above. He writes: “Since this post, I’ve been living and breathing cloud computing/web hosting. What I meant to say regarding what I use as operating systems, is that I would never use Linux in a desktop work environment specific, but running it “in the cloud”, or servers is my bread and butter.]

Transporter, Time Machine or Cloak of Invisibility? When I saw this question I thought you were talking about forms of computer backup programs. :) Anyway I would take a transporter so that I wouldn’t have to pay the ridiculous airfare fees, and I could leave for jazz band later. (I have to leave at 6:20 am to be there on time). 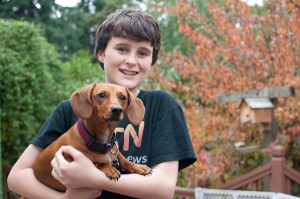 If someone gave me $1 million to launch a startup, I would … Create a tech website of some sort, and use the money to buy lots of equipment to make it ultra professional and awesome.

Your geek role models? Mark Zuckerburg is an inspiration because he created a huge website, that became very successful.

Greatest Game In History: Minecraft, I’ve played more hours of Minecraft than probably anything else in my life.

Best Gadget Ever: My phone, I couldn’t live without my phone.

First computer: Custom-built Windows machine. I built it with my dad when I was 6 years old.

Favorite app: Tweetbot, as it’s a Twitter app with a gorgeous UI, which makes it easy to tweet on the go, as it doesn’t slow down my phone.

Favorite hangout: Fatburger, because their burgers are literally amazing.

Most important technology of 2011: Smartphones, because I believe everyone should have one in the future.

Most important technology of 2015: Holographic displays, because they will look hella awesome.

Words of advice for your fellow geeks: Don’t geek out in public, it makes you look like a nerd (which is not good!).

Your sites: My personal blog is rjfc.net, and my tech website is omnitechnews.net