You’d think that Dave Roberts would be all smiles when it comes to the prospects of the casual gaming business. After all, the CEO of PopCap Games just sold his Seattle company to Electronic Arts for up to $1.3 billion. But in his keynote talk today at the Casual Connect conference in Seattle, Roberts laid out 10 things (OK, really nine) that he hates about the business.

Those ranged from gaming portals that take an unfair share of revenue from developers to the buzzword “gamification” which he said he wishes would just disappear. The talk was funny and engaging, and Roberts spent a portion of the Q&A addressing PopCap’s sale to EA.

In one question about Zynga’s proposed IPO, Roberts mentioned how tough it will be for the social gaming company to grow into a valuation of $10 billion or $20 billion. “Frothy valuations don’t necessarily equate to success,” said Roberts, adding that it is really easy to screw up when you have those lofty expectations placed on the business.

But, first, here are his top reasons as to why he hates casual games:

1.) Gamification: Roberts said he’s “so tired” of people who think everything has to be treated as a game. “Is everything a game?” he asked while showing a slide of an animated mouse being force-fed nuggets in a cage.

2.) Portals: Roberts said the economics that gaming portals impose on developers is absolutely “insane,” noting that PopCap makes more money selling a game through Walmart than it does through Yahoo. Facebook and the iOS ecosystem are helping to alter the old-order, but Roberts said it “continues to mystify” him how the portals get away with it. “Really, it is time for the portals to figure out how to add value to the business,” he said. 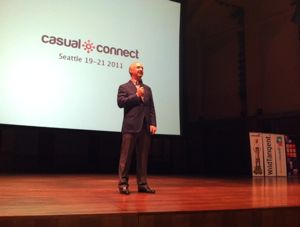 3.)  Get Rich Quick: “What is it in our space that seems to attract people who just seem to think that it is easy and there’s just a big pot of gold at the end of the rainbow,” said Roberts, adding that he’s seen a number of fads come-and-go over the past six years. For every Angry Birds or Doodle Jump, Roberts said there are thousands of failures. And yet, he said, there are more people in the business than any other industry he’s worked in that believe it is easy to cash in.

4.) Commoditization: There’s a lot of garbage games that get released, and that’s huring the industry. “It seemed that we would have learned our lesson with the fart apps on the iPhone,” said Roberts.  Game distributors need to focus on smart curation while developers need to focus on making high-quality games, he said. 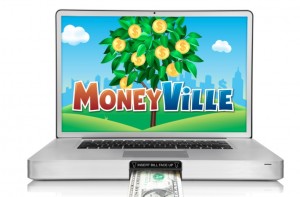 5.) Money over fun: Roberts showed an image of a fictional game called “MoneyVille” with cash going into a laptop computer. That image was worth 1,000 words. When “monetizers” take over games, the PopCap CEO said there’s “a problem.” He pointed out some shady tactics of “evil social games” in which users are unknowingly tricked into spamming their friends. Some companies make “short-term money” more important than building long-term game enthusiasts. “It is not a money machine,” he said. “It is a game machine.”

6.) “Simple Games are Easy to Make:” PopCap has prided itself over the years on making games that are simple to play, but that doesn’t mean they are easy to make. In fact, Roberts posits that it is harder to make a “simple” product than a complex one. 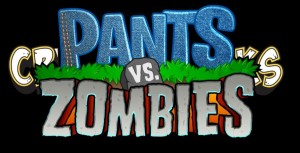 7.) Attack of the Clones: Game publishers that simply rip off creative ideas are a scourge on the business, and take away from the hard work done by the legitimate creators. Roberts said he “just doesn’t get” people who try to ride on the success of other games. “Really, do think you can out-FarmVille Zynga? What’s the point? Those guys are doing a great job with FarmVille. You think you can do it better?”

To make his point, Roberts displayed a few slides of fictional games, including “Cranky Ducks” and “Pants vs. Zombies.” Roberts said these copycats “never work,” adding that “I am not sure why people do this.”

8.) Stupid Venture Money: PopCap didn’t take venture capital until very late in its history, raising $22.5 million from Meritech Capital eight years after it was founded. While talking to some investors, Roberts said some VCs simply look at games as makers of “widgets” that could be easily produced at lower and lower cost each time. “That’s not what we do,” he said. Stupid venture money often flows to companies that don’t develop great games, and while it hasn’t invaded the industry as much as he thought, it is still a nuisance.

9.) Middleware mania: Oftentimes, Roberts said stupid venture money funds the “stupid middleware” companies. There’s no magic technology out there that will take your boring PC game and miraculously turn it into an engaging Facebook game.

10.) Independent game developers: This one was a joke, with Roberts poking a bit of fun at PopCap (depicted in a slide as a zombie pushing a wheelbarrow full of cash) and EA (as the Death Star). Roberts reassured the lawyers in the crowd that he was just kidding, and that it has been a fun ride joining forces with EA.

Roberts concluded his talk by pointing out one very important thing that he loves about the casual games business. At the end of the day, it is just plain and simple fun.