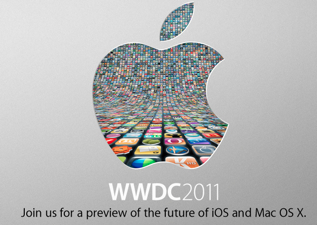 Apple this morning posted the splash page promoting its WorldWide Developer Conference, promising a “preview of the future of iOS and Mac OS X” at the June event — and prompting the usual flurry of speculation about what the company might have up its sleeve.

This may be reading too much into the language, but what stands out to me is the and in “the future of iOS and Mac OS X.”

Here’s why: The two platforms have already been taking on similar characteristics. The Mac App Store has been the most high-profile example, following the trial blazed by the iOS App Store. It wouldn’t be a surprise to see the line between iOS and Mac OS X blur even more, to the extent that they increasingly share a common future.

One obvious focus will be the next version of Mac OS X, dubbed Lion, slated to be finished this summer.

But don’t expect a new Mac, iPad or iPhone at the event. Jim Dalrymple, a veteran reporter on the Apple beat, says the focus on software confirms what his sources are saying — that the company isn’t planning to introduce new hardware at the conference. (Via John Gruber).